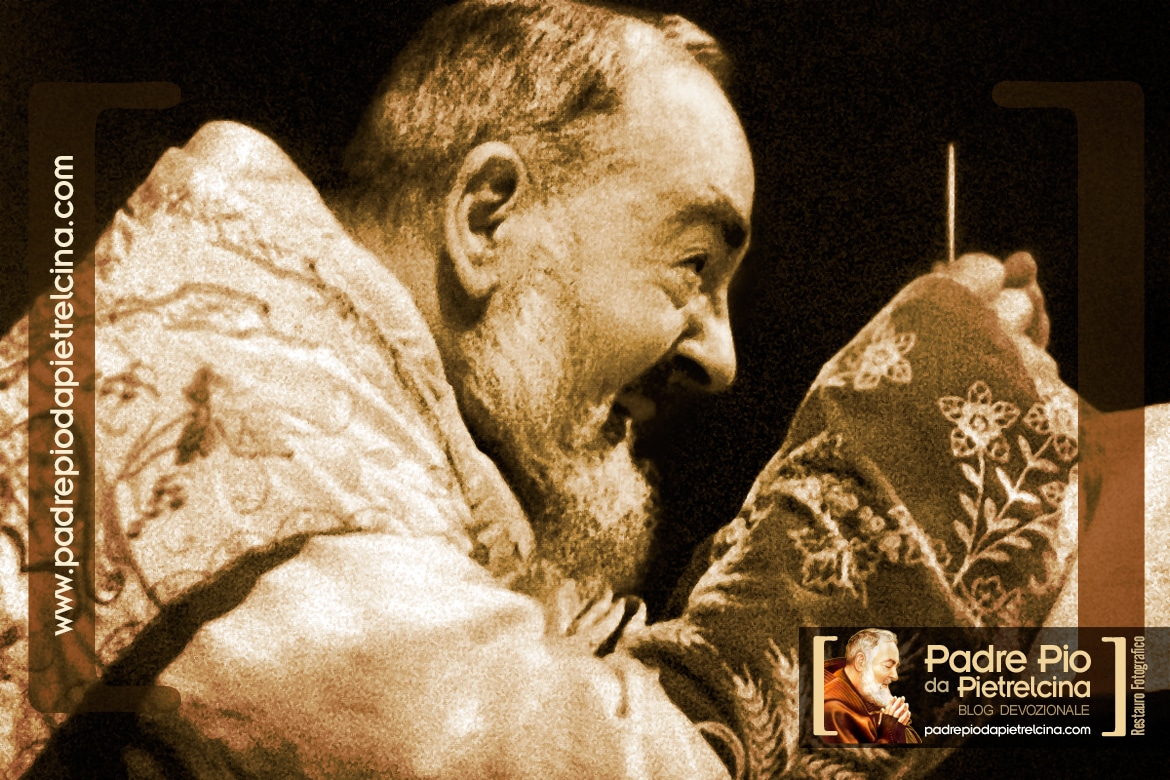 The celebration of Holy Mass was a highlight in Padre Pio’s life; it was his strength and his lifeblood – when Padre Pio celebrated Holy Mass, he found himself in a state of spiritual ecstasy and joy

When Padre Pio celebrated mass, it was a profound faith-building experience which strengthened and inspired the many, many believers who attended. The celebration of Holy Mass was a highlight in Padre Pio’s life; it was his strength and his lifeblood.

When Padre Pio celebrated Holy Mass, he found himself in a state of spiritual ecstasy and joy. Seeing him in this state, his followers could see that God was with him at that moment. The mystical Mass of Padre Pio could last for hours and hours, during which time Padre Pio not only experienced the Passion but also prayed for and saw in God all those who had recommended themselves to him.

The stigmata in his hands were clearly visible as he didn’t wear gloves while at the altar. With his narrowed eyes, and with a humble and simple spirit, Padre Pio celebrated Mass, sometimes showing feelings of joy, and other times feelings of pain. He participated in Christ’s sacrifice in both body and spirit.

Sometimes during Mass it seemed like he was speaking with the Lord and, being unable to contain his emotions, he would shed tears. During Mass, Padre Pio sometimes didn’t seem like he was even aware of the crowd of worshipers around him, or even the flash of the photographers or the many who had only come out of curiosity.

Only when he kneeled or walked on his wounded feet did a shadow of physical pain visibly cross his face. During the consecration, when he lifted up the body of Christ, his face appeared to be transfigured and the people exclaimed, “He looks like Jesus!”

When Padre Pio celebrated Mass, he led the believers to Gethsemane with Jesus, journeying down the painful path of the cross, to arrive in the end at His final Resurrection.