Home About The life of Padre Pio: the years of childhood 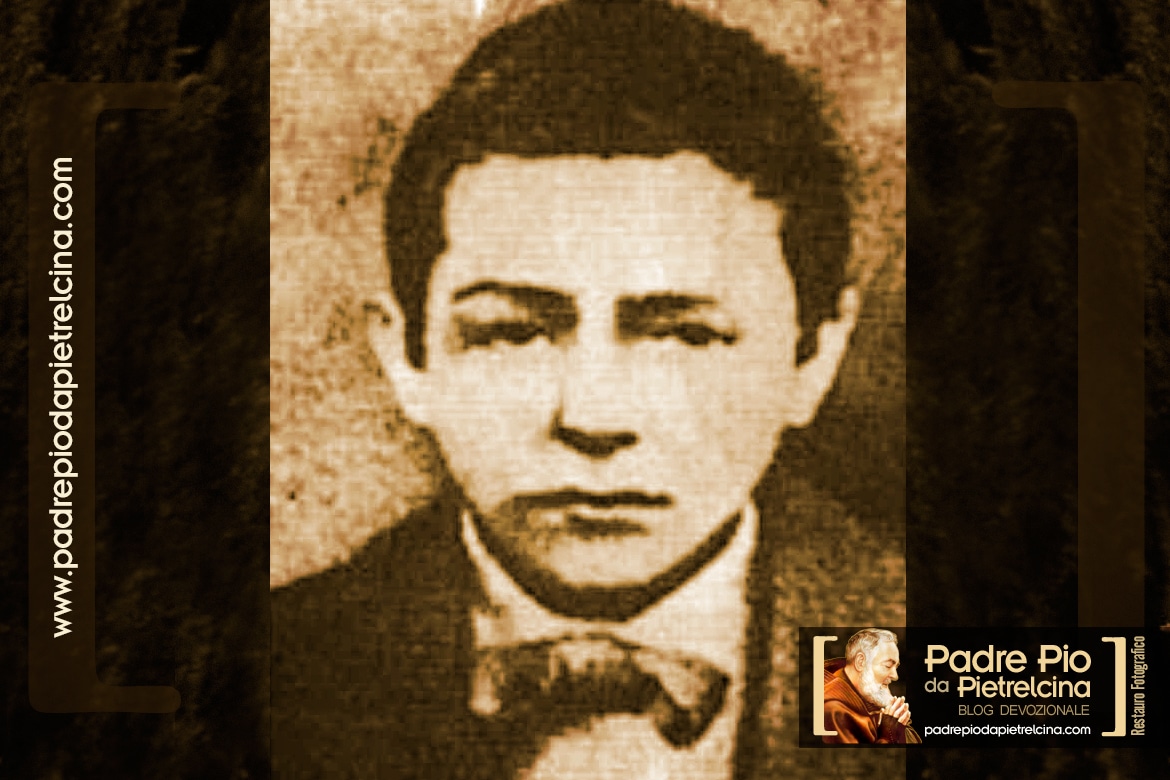 The life of Padre Pio: the years of childhood.

Francesco Forgione (Saint Padre Pio) was born in the bosom of a humble and religious family, on Wednesday, May 25, 1887 at 5 o’clock in the afternoon, time when the bells of the Church sounded to call all the faithful to honor the Blessed Virgin in her month. Blessed Padre Pio was born in a small village in southern Italy, called Pietrelcina, a small village in the province of Benevento, Italy. His parents, Orazio Forgione and Maria Giuseppa de Nunzio Forgione, both farmers, entrusted the protection of their newborn to San Francesco d’Assisi, for this reason they baptized him with the name of Francesco the day after his birth.
Padre Pio, when he was still a baby, cried inconsolably to the extent that his father could not rest at night because of the strong and constant crying, his father said that “the baby never ran out of air”. Once he was alone with his father at home, he could not comfort him to stop crying and threw him on the bed exclaiming: “It seems that the devil was born in my house.”
Padre Pio relates that from that precise moment, he never again cried like that. The Forgione family lived in the poorest sector of Pietrelcina. Francesco was poor, but as he himself would say later, he never lacked anything … Values ​​were different at that time; a child considered himself happy if he had the basics to live. He was a very sensitive and spiritual boy.
Start of your extraordinary experiences
His life took place in the surroundings of the Church of Santa Anna, which we could say was like his “home”. Here he was baptized, he made his First Communion, his Confirmation, and precisely here, at five years of age, he had an apparition of the Sacred Heart of Jesus. The Lord laid His hand on Francis’ head and he promised San Francesco that he would be a faithful follower of his. The course of his life and his vocation would be sealed from that moment. Padre Pio offers himself at such a young age as a victim. This year would mark Francesco’s life forever; begins to have apparitions of the Blessed Virgin, which would continue for the rest of his life.
He also had a family relationship with his guardian angel, with whom he had the grace to communicate all his life and who served greatly in the mission he would receive from God. It is also at this age that the demons began to torture him. The child used to take shelter under the shade of a particular tree during the hot and sunny summer days. Friends and neighbors testified that they were on more than one occasion the times they saw him fight with what seemed to be his own shadow. These struggles would continue for the rest of his life.
He was a quiet, different and shy child, many say that at such a young age he already showed signs of a deep spirituality. He was pious, he stayed long hours in the church after Mass. He made arrangements with the sacristan to allow him to visit the Lord in the Eucharist, at times when the church remained closed.
Francesco lived his boyhood like all the other children of Pietrelcina, when his parents thought that he was capable, he was given two sheeps that he would bring to pasture together with the other young shepherds. One of his friends at that time tells “before leaving the house our mothers would give us a piece of bread and something to eat with it when there was something to eat. This was our breakfast for when we were in the fields.
We others had our pockets as baskets, instead Francesco, no; mamma Giuseppa put her son’s breakfast in a clean napkin.
We would eat our breakfast walking to the fields, digging our dirty hands into our pockets, instead for Francesco it was all a ceremony: he would sit on the ground, untie the napkin and open it up on his knees, he would look around, then look up to heaven and would begin to eat. If by chance some crumbs would fall to the ground, he would pick them up kiss them and then eat” them in sign of respect because of the “grace of God”. After eating their frugal breakfast the children would play in the fields, while Francesco would fold his napkin and would take his book and study.

(may 26th 1887) The following day, the new born “Francì” was brought to the small pretty church of Saint Ann’s where he was baptized by the curate bursar don Nicolantonio Orlando.
(1899) Francesco made his First Confession and his First Communion. Francesco followed the example of his parents and developed an intense spiritual life.

(september 27th 1899) He received his Confirmation at Pietrelcina in Saint Ann’s church by Monsignor Donato Maria Dell’Olio, archbishop of Benevento.