Home About Who was Padre Pio of Pietrelcina? 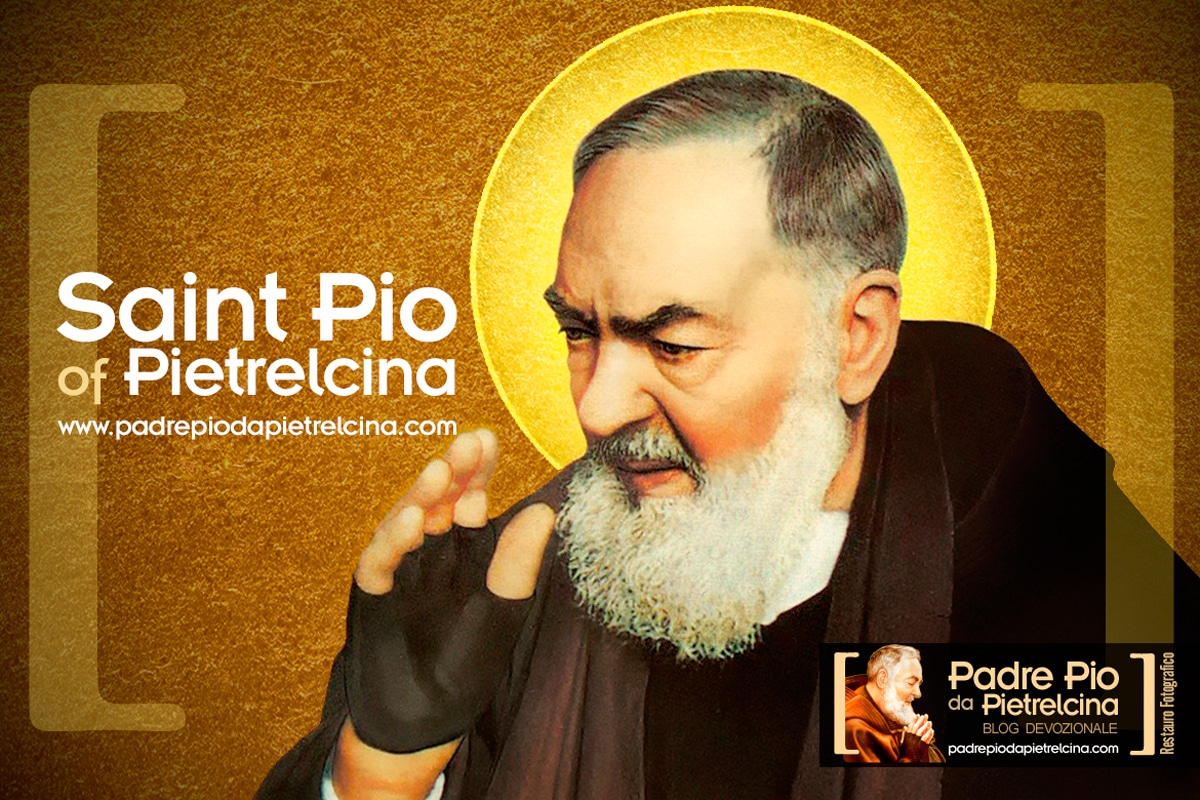 St. Padre Pio (Francesco Forgione) was born the afternoon of May 25, 1887, to Giuseppa de Nunzio and Grazio Forgione in a humble house in Pietrelcina, a village in southern Italy. Padre Pio was still a child when the ecstasies and apparitions that were to accompany him for his whole life began.

In the courtyard of the church of Sant’Anna, while the neighborhood children were playing with abandon, Padre Pio spent his time sitting on the wall, praying and reading the Gospel. Prayer was his daily companion. In this place of peace and tranquility, by those ways that the Lord alone knows, Padre Pio met Brother Camillo from Sant’Elia a Pianisi, a Capuchin with a flowing black beard, whom his superiors had entrusted with collecting alms in the countryside.

His acquaintance with the alms-collecting friar marked the young man’s life; at sixteen he decided to enter the convent and don the holy habit. For Padre Pio the choice wasn’t easy, but the desire to obey the Lord’s call and follow him under the banner of the poor saint of Assisi was quite strong. As a novice in Morcone and then a student in various other convents in the province of Sant’Angelo, he was for all an example to imitate, a blameless novice.

The years to come would be for Padre Pio years of sickness, pain, and physical suffering that would take him far from the convent. Although his poor state of health continued, he was ordained a priest on August 10, 1910 and celebrated his first Mass in his home church in Pietrelcina on August 14.

Those were very unhappy years, in which illness, like a cross placed by the Lord on the young friar’s shoulders, kept him far from life in the convent, his fellow friars, and his teachers. They were years that he lived as a punishment before coming to understand that his mission would be fulfilled through suffering.

The cross was the light that illuminated Padre Pio’s path; through his faithfulness and perseverance his steps did not waver even in moments of temptation and spiritual torment. Before the crucifix in the choir of the convent church of San Giovanni Rotondo, he received the stigmata on his hands, feet, and side, the signs of Christ’s Passion, announced some time earlier by the vision of a transverberation.

These extraordinary gifts, united to charisms – healings, conversions, bilocation, ceaseless prayer, uninterrupted ministry as confessor – drew ever more numerous crowds of the faithful and the curious. At San Giovanni, Padre Pio wanted to build a work that would be a sign of love for the poor and suffering, and in 1947 he started construction of the “Casa Sollievo della Sofferenza,” a large and advanced hospital, made possible by contributions from the faithful.

Following this desire, ever more numerous Prayer Groups were formed; they spread throughout the world together with the “stigmata friar’s” reputation for holiness. On September 22, 1968, Padre Pio celebrated his last Mass at five in the morning, and the night of September 23, 1968, he died at 2:30 a.m., to be joined with God. Today St. Pio of Pietrelcina is devoutly honored with the saints in the entire Church.

Prayer for Friends and the gift of Friendship to Padre Pio

Prayers to Padre Pio for Cancer or Tumor Patients