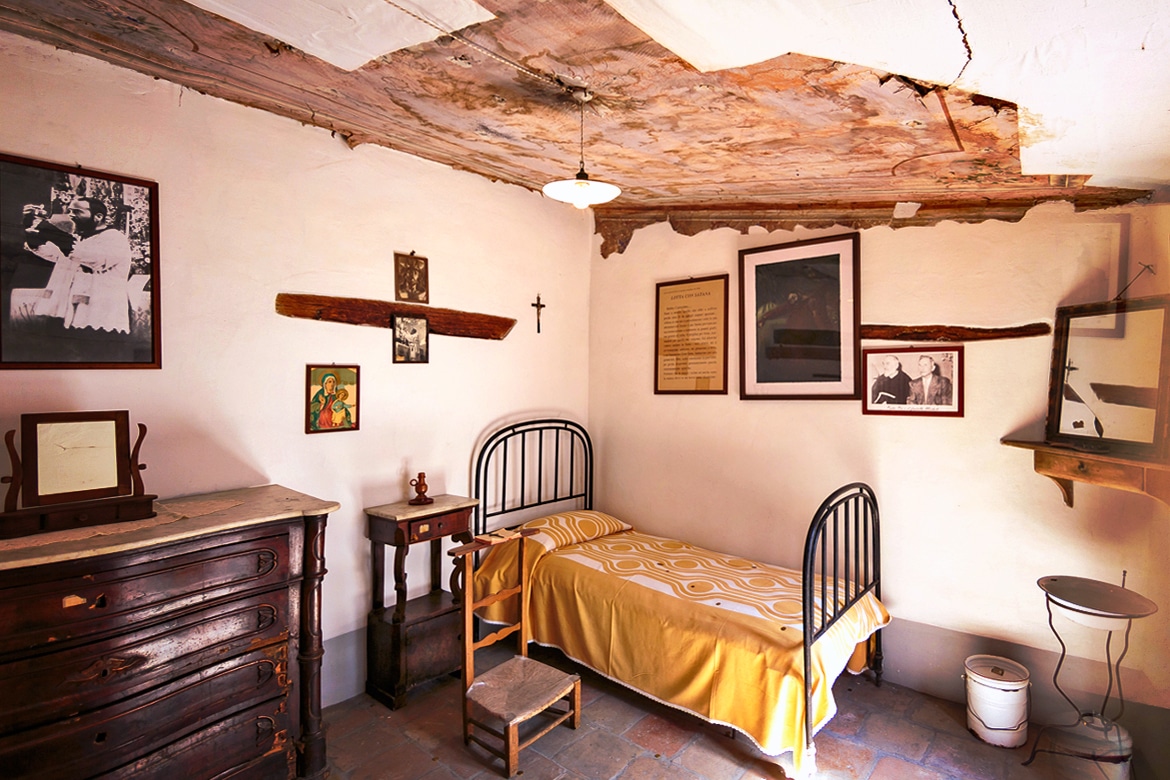 While already physically weak, Padre Pio faced great struggles with the Adversary in this house. He endured spiritual struggles, as well as physical battles during which the friar suffered tangible blows. He also had to undergo temptations and suffering. In a letter addressed to Father Agostino, his spiritual director, Padre Pio confided: “Those fiends never stop hitting me, sometimes even throwing me out of bed; they even pull off my shirt and strike me in these conditions. But, as of now, I’m not afraid of them anymore. Jesus is always very loving with me, sometimes even coming to pick me up off the floor and put me back in bed.”

During this period of persecution, Padre Pio received comfort and care from his family. Mama Peppa would go visit her son to bring him clean sheets and straighten up his house. Often she would find him in pain and covered with wounds from his battles with the Adversary. Padre Pio always reassured her: “Don’t worry about it, Mom. Don’t get worked up on my account. There is always Mary! She’s always helped me and she will keep doing so.”
Later on, Mary Pyle, benefactor and spiritual child of Padre Pio, lived in the same house during the War, from 1941 to 1943.