Home About The Priest Padre Pio 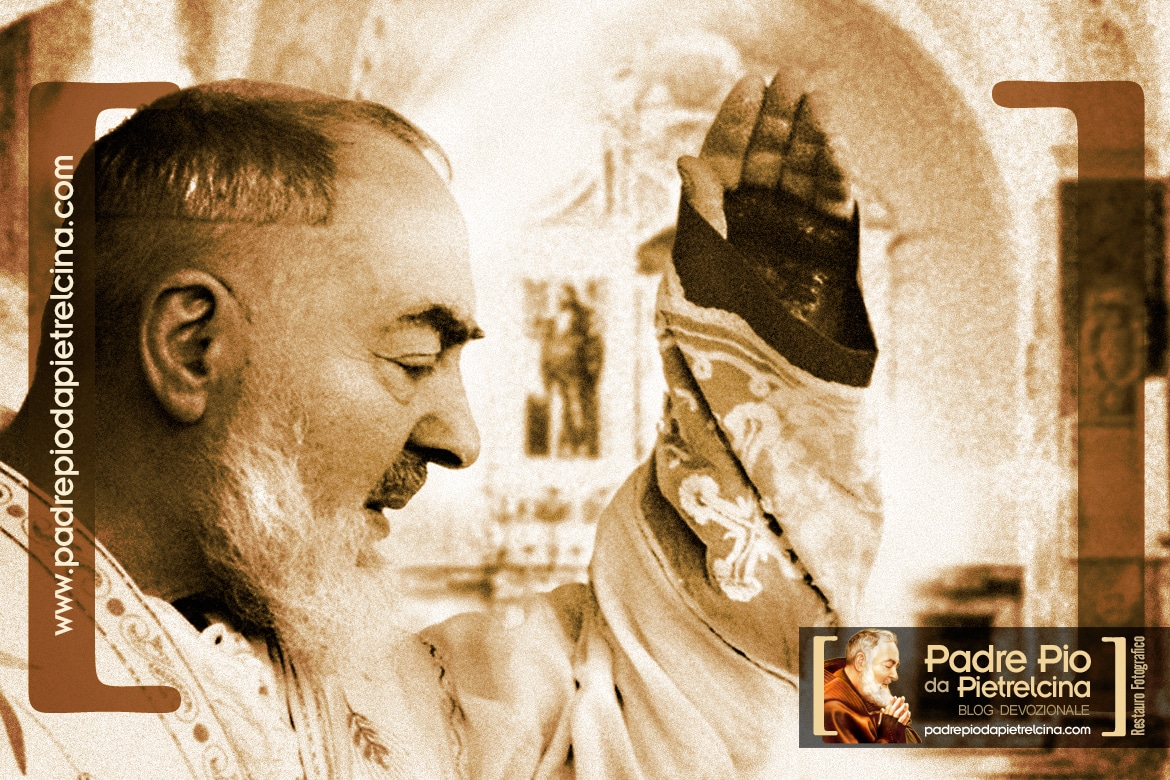 Padre Pio of Pietrelcina: The Priest.

Looking through the pages of the Epistolary, very early one becomes aware of the passion of Padre Pio for humanity: “I am devoured by the love of God and of my fellow man”. Padre Pio feels to be called to this cause and he fells brought to apply any means, whatever in order to save his brothers and bring them back to God, his brothers that are living the same story, faces met and loved, maybe not immediately understood, but without a doubt remembered in his silent prayers.

His heart is one that cannot remain indifferent in front of his brothers’ sufferings and he offers himself with love in order to relieve the suffering of the world. His commitment as a mediator is strong and pure even if it is sometimes inconvenient and unceasing for those who are afflicted both in body and soul. His friendship which was considered “Santa”, was very strong with Our Lord, to whom he never lacked his thankfulness.The feeling that he asked to share with his spiritual children, therefore they had to have a spiritual and besides a temporal character, because everything man has, comes from God and everything must return to Him. This experience of friendship was lived as a reciprocal obligation of prayer “at the foot of the altar”.

The first proof of the sanctifying grace, appeared in Pietrelcina, this marked the street to “climb Calvary” with the guide of a teacher who was the same Jesus. The Good Teacher who did not permit others to do His work. The participation in the pain of Jesus, who picked him as victim of love and pain, is the testimony of the mission of Padre Pio and of his vocation to help redeem together with Christ the sinful human race.

Padre Pio was aware of being picked by God as collaborator in the redemption work of Christ, even if in his letters he confesses his unworthiness and that this collaboration would be realized through the cross. The cross was the light that illuminated his passes on his way of sufferance and an endless fountain of strength, generosity, faithfulness and perseverance which were asked by his vocation. He was convinced that all of his life, like that of his Teacher, would be a state of martyrdom.

These gifts of mystical phenomena upset the life of this Capuchin monk and had profound effects, on one hand with his relationship with the other brothers, who tried to protect him from the defamatory and intrusive eyes, and his dialogs with his confessors that tried to help him understand and support the pains provoked by the wounds; and on the other hand the people of God who loved him, maybe without understanding the profound meaning of the stigmas, and in the end his relation with God, whose manifestations he could not interpret with only his being a man.