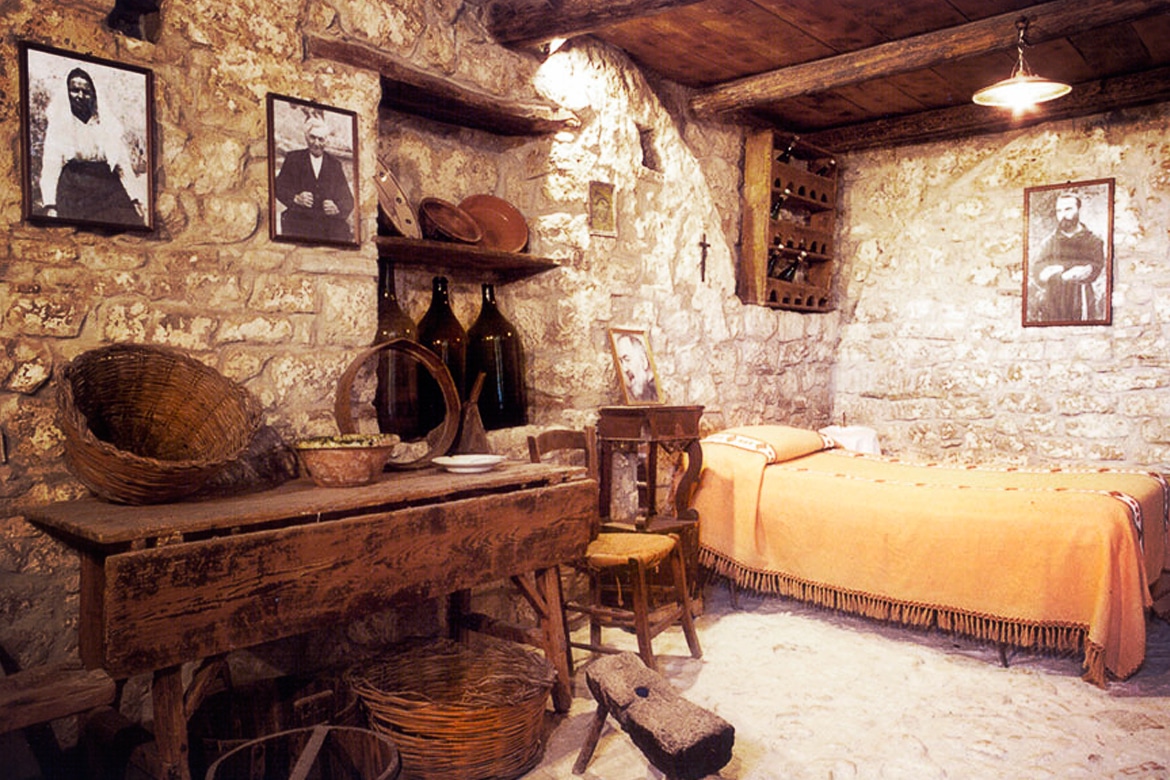 Here in Piana Romana is where Padre Pio met Friar Camillo of Sant’Elia a Pianisi, the monk with the long, full beard – It was he who inspired Padre Pio to become a Capuchin Friar. Piana Romana, or the Roman Plain, is – to this day – a little corner of paradise only a stone’s throw from Pietrelcina. There is a hill there, covered with crops and ancient elm trees, where one finds a humble farmhouse where Padre Pio’s family spent years doing farmwork.

The Farmhouse in Piana Romana (Pietrelcina)

The farmhouse in Piana Romana is made up of a large, stone room, made without plaster nor flooring, a fireplace, and a loft. The young Padre Pio would take little flock of sheep out to graze in the fields of Piana Romana, spending long hours in total peace. Under the shade of a large elm tree, in the quiet of nature, Padre Pio spent his free time studying and praying. Here in Piana Romana is where Padre Pio met Friar Camillo of Sant’Elia a Pianisi, the monk with the long, full beard. It was he who inspired Padre Pio to become a Capuchin Friar.

The Well in Piana Romana

In the area near the farmhouse in Piana Romana, there was a vineyard and a well, which is still there today. The well in Piana Romana was dug by Zì Grazio (Padre Pio’s father), though it was Padre Pio’s idea. His mom often told the story of what happened during the construction of the small well. Zì Grazio was working hard to dig and find enough water to irrigate the fields. Even though he’d dug down three meters, he couldn’t find any. The deeper down he dug, the angrier he became.

Tiny Francesco (Padre Pio) begged his father not to get mad because there was no way to find water in the place he was digging. Padre Pio showed him a new place to dig. Zì Grazio listened to his advice and began digging in the place that Padre Pio had indicated. He soon found a source of the purest water that began a steady, solid flow.