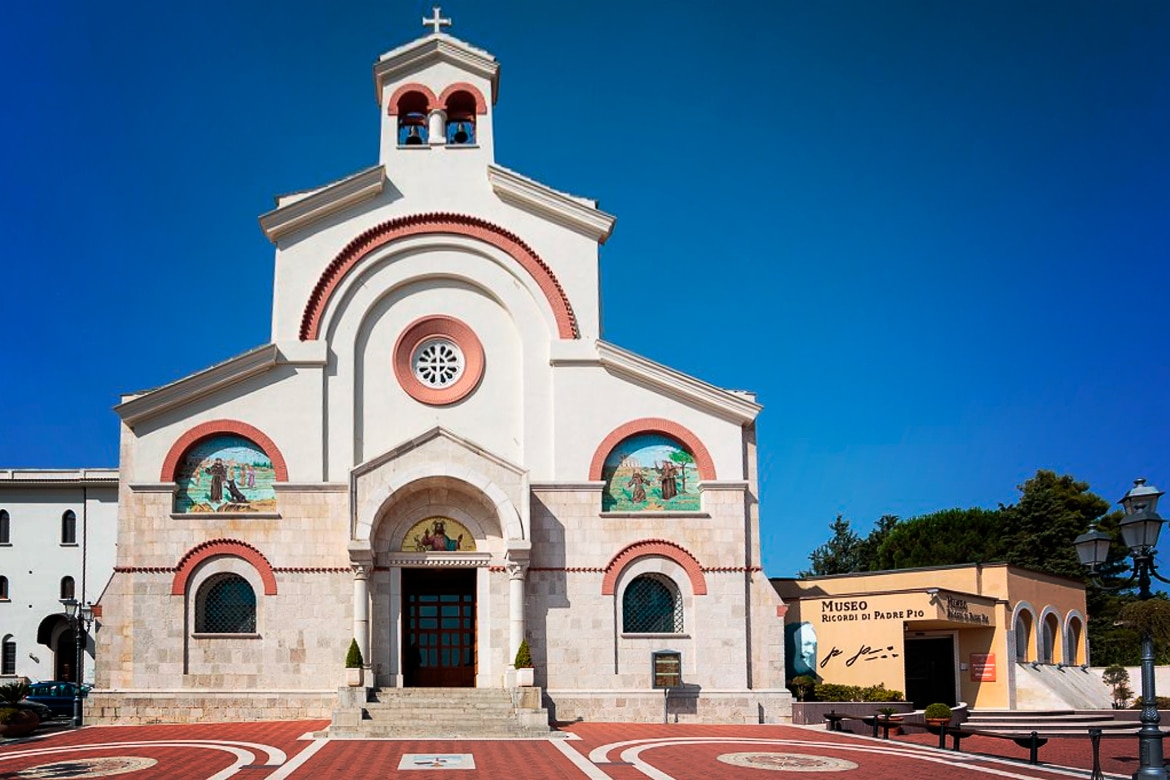 Next to the church is the Convent of the Capuchin Friars and a Museum, which holds some of Padre Pio’s personal items and relics – Of all the items on display, the most important is the frock from Padre Pio’s flagellation.

The story of the construction of the church and the convent are part of a prophecy by Padre Pio. It’s said that, when Padre Pio was a boy, he would hear choirs of angels and the ringing of bells right where the Church and the Convent of Pietrelcina are located today.

Construction began on the Church of the Holy Family when Padre Pio had already been in the Convent of San Giovanni Rotondo for about ten years. Some of the residents of Pietrelcina wanted to see built both a church and a convent for the Capuchin Friars; they asked for help from Mary Pyle, an American benefactor.

Ms. Pyle joyfully accepted the proposal and straightaway asked Padre Pio for permission and authorization – “Father,” she said, “may I build a Church and a Convent in Pietrelcina?”
Padre Pio answered, “Yes, do it right away, and let it be dedicated to the Holy Family.”

While working on the construction of the Church of the Holy Family in Pietrelcina, the builders encountered problems with finding a water supply for the church. A few of them went to speak with Padre Pio in San Giovanni Rotondo and ask for his help. When they showed him the project, Padre Pio placed his finger on a certain point and said, “Dig down five meters from here and you will find all the water you’ll need.” They did just that, and from that water source flowed such an abundance of water that they not only had enough for the church, but also enough for the city’s water needs.

The Church of Sant’Anna in Pietrelcina