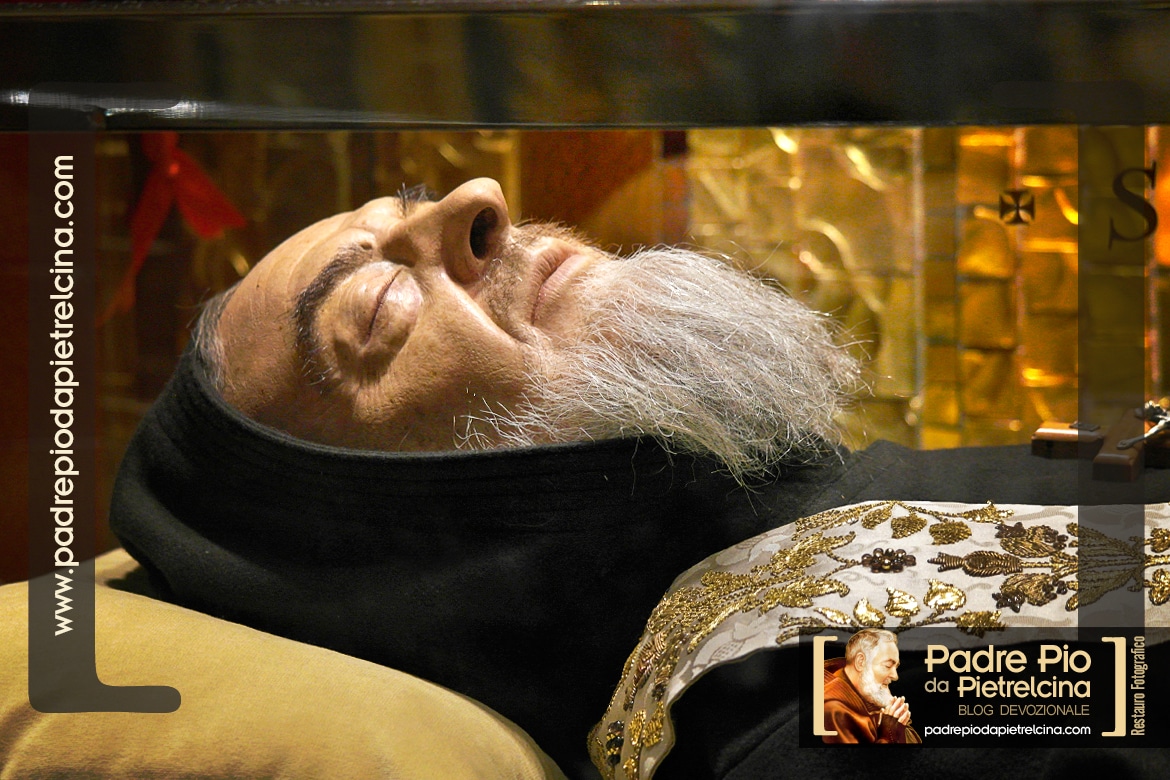 Padre Pio’s tomb, where his body is buried, is located in San Giovanni Rotondo (region of Apulia, in southern Italy) . This is where one can find the relics and the mortal remains of Saint Padre Pio.

Where can Padre Pio be found? Today, Padre Pio’s body can be found in San Giovanni Rotondo (Italy) in the crypt of the new sanctuary. It lies in a transparent casket, where the public can view it and honor Saint Pio’s relics. Until April of 2008, the remains of the “friar of the stigmata” were kept for 42 years in the crypt of the Church of Santa Maria delle Grazie in San Giovanni Rotondo (Italy).
They were laid in the earth beneath a solid block of green marble in the shape of a sarcophagus, that weighed almost 3.5 tons. Padre Pio’s body was entombed underground, as per his request.

Where is Padre Pio’s body laid to rest today? The tomb with Padre Pio’s body is inside the new sanctuary in San Giovanni Rotondo (Italy). Upon entering this space, which measures over twenty-one thousand square feet, one is struck by the warmth, the light, and the sacred art. It is a space that is dedicated to the light of Christ and is designed to remind people of paradise.
On the walls there are two series of mosaics:

On the large central pillar that supports the entire sanctuary, there is a representation of Jesus Christ in His glory and an angel of light. Inside an open book is written: “I am the Life.”