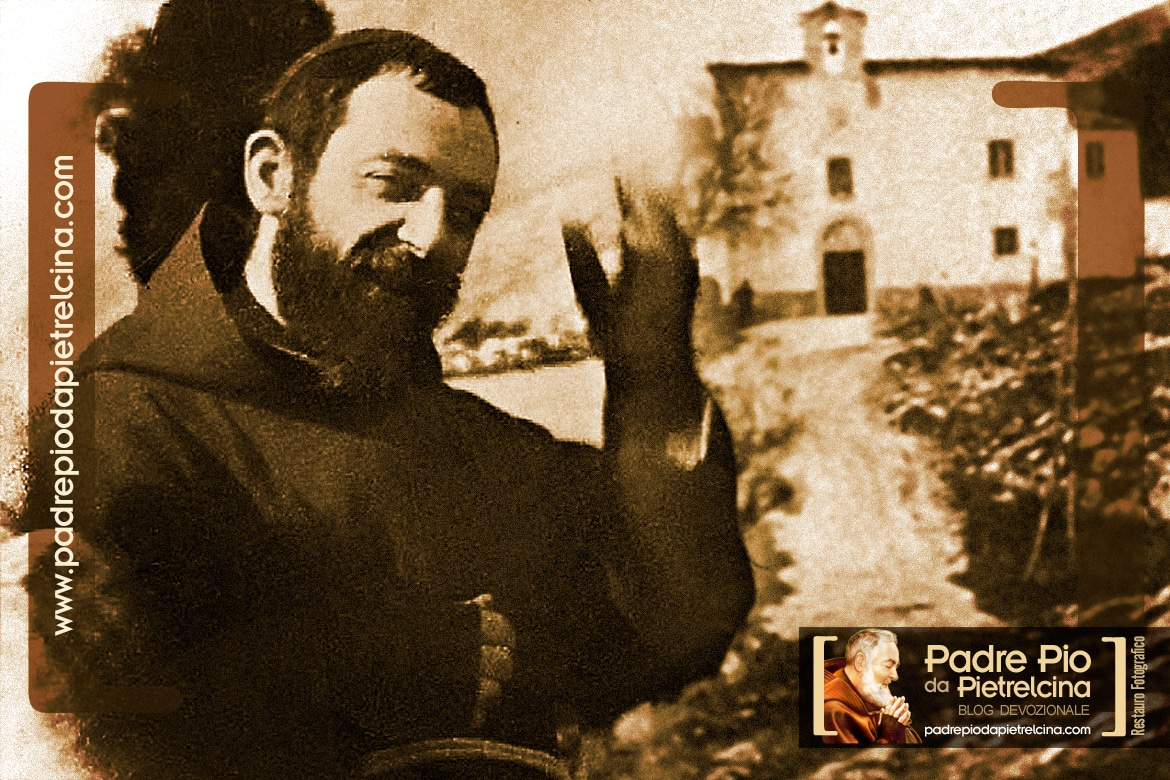 Padre Pio was a man like other men, prodigious among others and at the service of all. In his life Padre Pio did not know heavenly favors, he was not a person sent from heaven dressed as a man, but really lived in the story of man and spoke the language and expressed the perplexities of his contemporaries, sharing with them joy, sorrow, anxiety and anguish.

The epistolary of Padre Pio describes to us, a man completely rooted in history, his gestures, his behavior imitates those of the men of his time; his emotions, his sentiments belong to any man who lived at the end of the 19th century and up to the 1960’s of the 20th century.

From just a young age he suffered the hardships of being poor and the hard work which were typical of this peasant world, but also with pride he was tied to it, secure of the honor that this allowed. The enthusiasm and the wealth of details in describing the events regarding his town of Pietrelcina, testify to this. Profoundly tied to his family, Padre Pio shared all the stages of his life with his family and friends. With them he speaks of his choice of life in consecrating himself to the religious life, with much humble joy he was welcomed with open arms by his father, and with his mother he says: ” for me, the most dearest person”, he has a tender relationship, and was full of reverence towards her. From his family, he was able to receive the good manners which distinguished him as a man of kind and gentle traits both in his expressions and in his style.

Padre Pio was a persevering man, faithful to the obligations he assumed and was completely dedicated to work. Several times he returned to his confessor exhorting him not to use tender and kind means with him but to pick the hard ways, only those that could guarantee the desired results.
(Epistolary I, p. 341, 563, 979 )