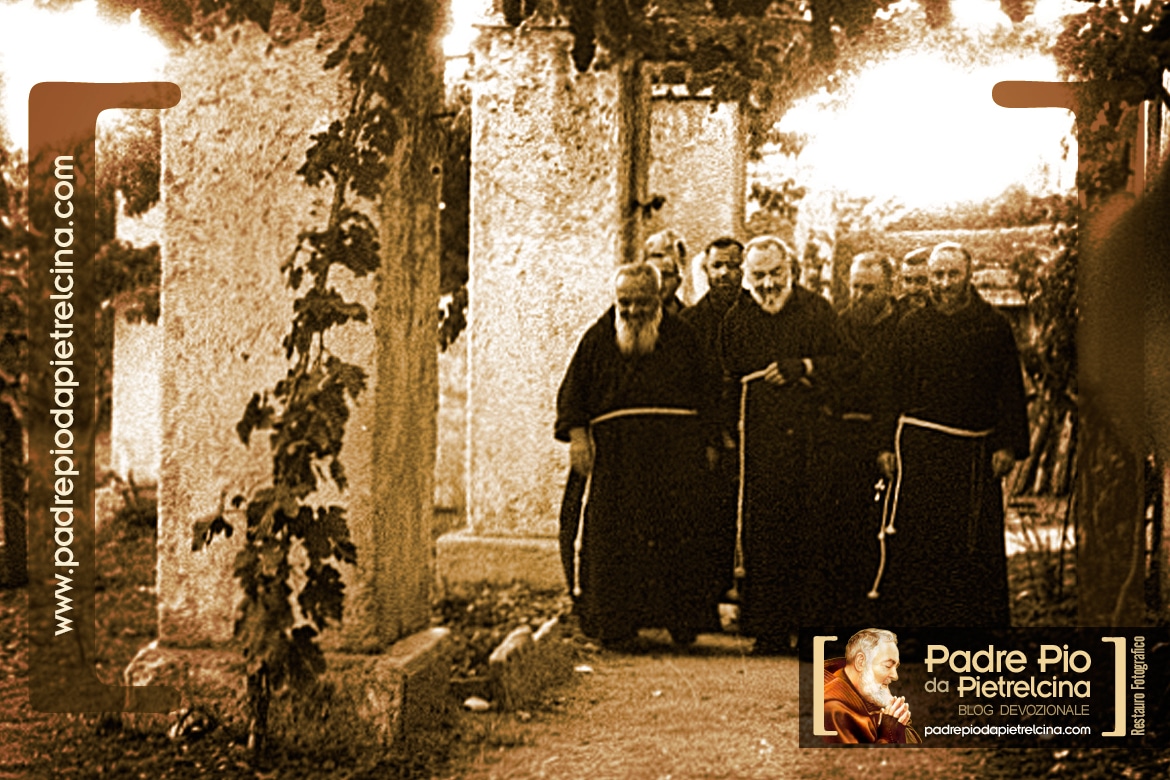 Padre Pio lived in poverty. Padre Pio, like his Seraphic Father, the Poor One of Assisi, loved and lived this evangelical virtue. Here are two concrete and irrefutable facts: the poverty of his cell and his detachment from money. From 1916 to 1945, Padre Pio lived in cell number five. In it reigns the most absolute poverty. Visiting it, I always marvel at the thought that in that very cell at that small, dark, simple writing table Padre Pio wrote his sublime letters from September 1916 on.

After 1945, the Padre lived in cell number one, today open to the public. The signs of his Franciscan poverty are easily visible and verifiable. One would not think that that cell was the abode of a man through whose hands flowed huge sums of money. And with this we are at the second concrete and irrefutable fact.

Through Padre Pio’s hands there passed millions and billions of lire. But he did not keep one penny. Detached from money, he collected huge sums, solely for the glory of God and the relief of the suffering of his neighbour.

Padre Pio lived in chastity. He was an angel in human flesh and in this fashion passed in the midst of the crowds of men and women, who each day surrounded him from morning till evening. With regards to this virtue, I would like to mention a fact I have noticed reading his letters. Very seldom in those hundreds of letters does Padre Pio mention the virtue, of purity. Why? Because purity is a beautiful virtue, but a virtue that is easily sullied. It is necessary to possess it in one’s soul and in one’s heart.