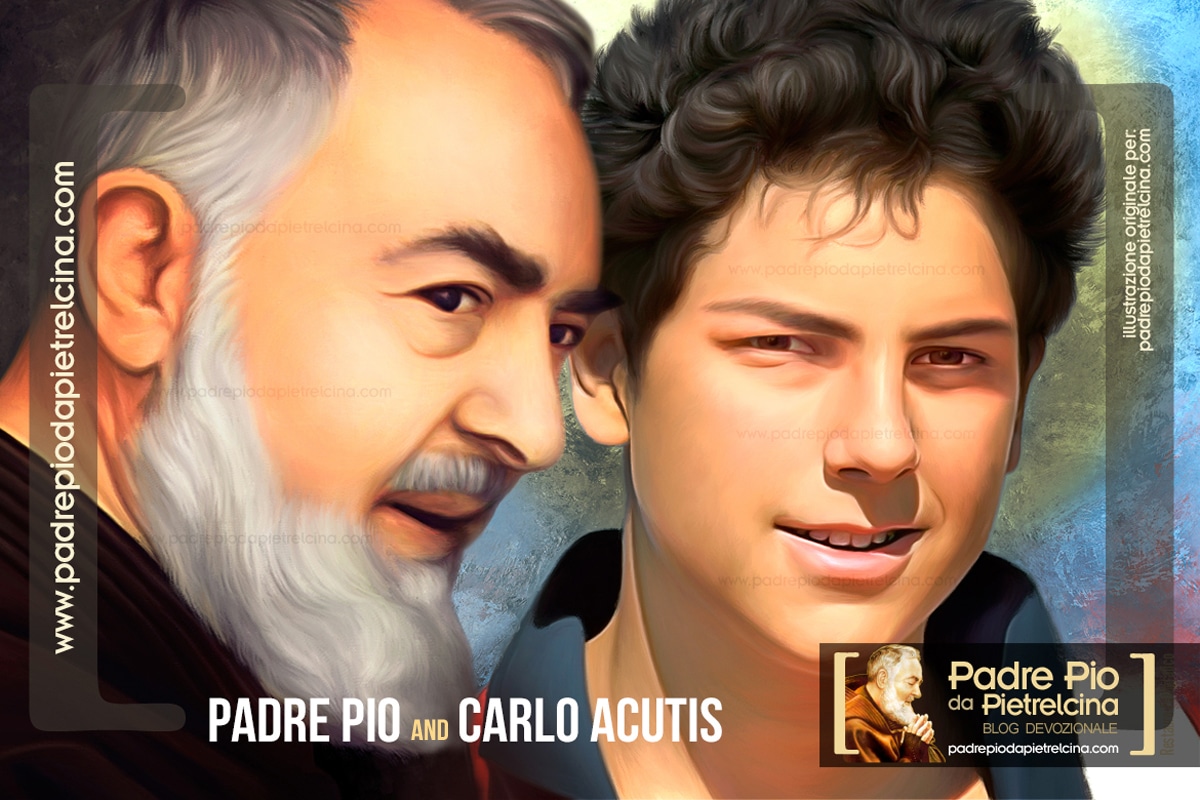 Padre Pio and the Blessed Carlo Acutis were both very devoted to Angels and to their prince, Saint Michael the Archangel

The presence of a guardian angel in Padre Pio’s life was noted ever since he was a young priest recovering from illness in Pietrelcina. He often said: “May God’s angel be with you, be a light for you, and help and comfort you”. By studying Padre Pio’s letters to his spiritual leaders we can clearly see the battle he had with the adversary, as well as the consolation and protection his guardian angel offered him.

The deep devotion that the Blessed Carlo Acutis had for angels began when he was a young man. He went on a pilgrimage to Padre Pio, who he revered greatly. He also made a visit to the grotto where Saint Michael the Archangel had appeared, only a few kilometers from the Sanctuary of Padre Pio in San Giovanni Rotondo. He did so because, according to Padre Pio, it is only in that place that “it’s possible to be healed in both body and spirit.” The Blessed Carlo Acutis was deeply moved by that sacred place, and from that moment on he began to recite the “Corona Angelica” (Angelic Crown), also known as the Rosary of Saint Michael, dedicated to the nine choirs of angels.

Prayer to Padre Pio in suffrage for the deceased loved ones

Prayer to ask Padre Pio to Heal You from Cancer

Typical day in the life of Padre Pio. Original movie (1950)