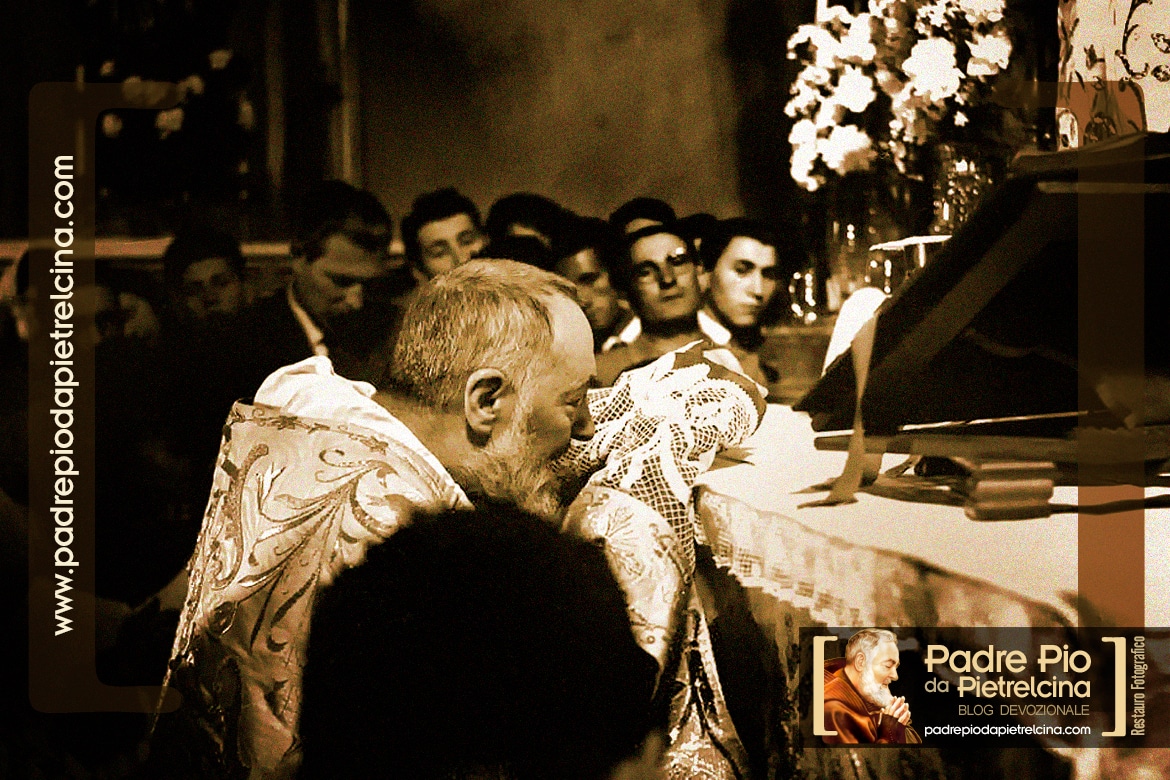 Padre Pio arrived in the convent of San Giovanni Rotondo

Padre Pio, invited by Padre Paolino, arrived the first time at the convent of San Giovanni Rotondo on the 28th of July 1916.

The 4th September 1916 Padre Pio came back in the monastery of San Giovanni Rotondo, where he stayed for the following 52 years, and from there he never moved again.

San Giovanni Rotondo was at that time a little village on the mountains of Apulia, very humble and poor one, with no electricity system and asphalt roads; so similar to Pietrelcina.

The convent, with an adjoining a small church dedicated to “Nostra Signora delle Grazie” (Our Lady of Grace), was approximately 2 kilometres far away from the village and it was hard to reach because there wasn’t a handy road.

Padre Pio was instructed to provide spiritual guidance to the young friars who were part of the Seraphic Seminary.

In 1915, in the middle of the World War, Padre Pio was called three different times to the front lines, but each time he reached the barracks his health declined.

After 147 days of military life, his health deteriorated to the point that his superiors released him to, “let him die in peace at home.”

Padre Pio had become familiar with life in the barracks and basic military exercises. He wore his uniform and obeyed his superiors. His brief time in the military caused his soul to suffer greatly, both because of the turmoil of the War itself and because of not being able to attend Mass.